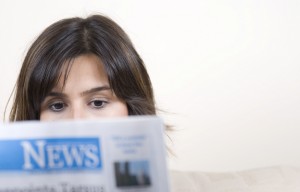 There are a wide variety of restrictions on the sale of products and services on the street.  These differ considerably throughout the country because some Councils have introduced local legislation or not adopted other national provisions.

The main controls that apply to street trading are contained in the Local Government (Miscellaneous Provisions) Act 1982, the London Local Authorities Acts and the Pedlars Act 1871.  There is other legislation, such as the Police, Factories, et cetera (Miscellaneous Provisions) Act 1916 which requires a permit if goods are sold and any “representation is made by or on behalf of the seller that any part of the proceeds of sale will be devoted to any charitable purpose”.

Generally, selling newspapers or other periodicals on the highway is not prohibited at all unless a stand is used or other items are being sold as well.  Depending on the part of the country,  any newspaper stand over 1m in length, 2m in height or occupying 0.25 square meters will need some form of consent.  There is no inherent power to prevent a sale of a periodical but action can be taken against vendors if an obstruction is being caused.

With such a variation in the requirements between different areas of the country, it is best to seek legal advice before you commence trading.